The Palace of the Knights of Rhodes, reopen its gates  to welcome  the 13th  Rhodes International Festival, with unique concerts of Greek and foreign composers, classical music and opera.

The 13th Rhodes International Festival will take place from 24 to 29 August at the Palace of the Grand Master-of the Knights, in the Medieval city of Rhodes which has been classified by UNESCO’s catalogue as a Monument of World Cultural Heritage.

Rhodes International Festival was  founded in the summer of 2007  on Rhodes island, Greece,well known as “The Island of the Knights”, in order to upgrade the cultural identity of this beautiful place and to promote cultural tourism and cultural heritage. The festival is  recognized as one of the most successful festivals in Greece,  earning excellent reviews and every year  attracts music lovers from all over Greece and abroad.

The talented young singer Thodoris Voutsikakis well known from his great success  “omorfi zoi-la vita è bella” is the guest artist for the official opening of the 13th Rhodes International Festival on Monday, August 24, 2020.  A concert curated by the great lyricist Lina Nikolakopoulou, on the occasion of  their recently released album, entitled “Omorfi Zoi”, with the  music of  the Oscar award-winning Italian composer Nicola Piovani. The most favorite songs of the great lyricist in a program that she compiles for Thodoris Voutsikakis

On Wednesday, August 26, the internationally renowned Greek soprano Alexia Voulgaridou, who has appeared in the most important opera houses in the world, such as “La Scala of Milan”, the Royal Opera House Covent Garden etc, honor us with her participation  to the 13th Rhodes International Festival together with the distinguished guitarist Korina Vougiouka. The program includes songs inspired by the traditional music of European countries

Τhe 2020 festival will say good bye to the  audience on Saturday, August 29, with a gala concert,  a Tribute to the divine  Maria Callas, on the occasion of the 43trd anniversary of her death, with the distinguished soloists of the Greek National Opera: Mina Polychronou-soprano, Irini Karaianni-mezzo, Haris Andrianos-baritone. Piano accompaniment: Spyros Souladakis. The program includes   arias and duets from operas, operettas and songs from famous musicals.

The 13th Rhodes International Festival under the Artistic and Managing Direction of  Mrs Penelope Serdari, founder of the festival, takes place in the historic medieval Palace of the Grand Master, under the auspices of the Ministry of Culture and the Hellenic National Commission for UNESCO, under the auspices and the support of   Greek National Tourism Organization, GNTO and the General Secretariat of the Aegean and Island Policy. The festival   is organised by the non profit Cultural Organisation for the dissemination of the Arts and Greek Culture, “Rhodes International Festival” and the Culture and Sports Organisation of the Municipality of Rhodes 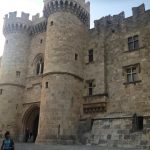 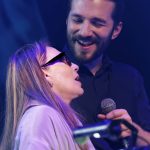